Pokemon Go is free to play on iOS and Android devices, but the game will soon be getting an addon known as Pokemon Go Plus. 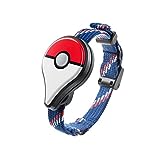 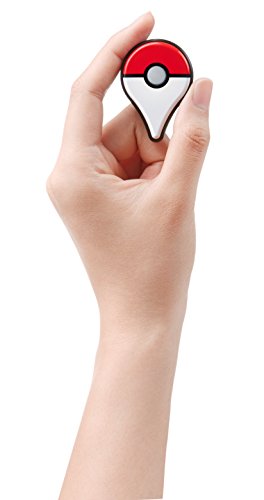 What is Pokemon Go Plus?

Pokemon Go Plus is a small wearable device that interacts with Pokemon Go. Shaped like a Google maps pin, and themed like a Pokeball, this device lets you play without having to constantly be looking at your screen the entire time. It uses Bluetooth to connect to your phone, and can be worn on your wrist or clipped to your belt or shirt using the bundled strap.

What does it do?

The small gadget contains a LED that lights up when a wild Pokemon appears, and flashes and vibrates when a Pokestop is nearby. You can then attempt to capture the Pokemon without even having to get your phone out of your pocket. Just press the button on the Pokemon Go Plus to throw a Pokeball to capture the Pokemon, if successful the plus will vibrate to let you know that it was a successful catch. The only downside is you will not be able to capture any new Pokemon that you haven’t previously caught before. You can also press the button on the Plus to search Pokestops for items.

The device itself is a clever solution both for safety and battery life concerns.

Does it really work?

Since the device has not launched yet we cannot really say. It looks promising but we will give our final verdict when we can get our hands on one!

When will Pokemon Go Plus be released?

Pokemon Go Plus was originally planned to be released at the end of July but has since had the release date been pushed back to September. It appears the delay is a result of developed Niantic Labs not yet having proper support for the accessory.

After reaching out to Nintendo we were told that the device was not pushed back due to production issues but “due to the preparations for the Pokemon Go application update in order to optimize Pokemon Go Plus”. They added “In order for us to offer new experiences to play Pokemon Go with Pokemon Go Plus with a quality level high enough to satisfy as many people as possible, we decided that it is necessary to take enough time for the completion. We ask for your understanding.”

Despite not having a specific release date, Pokemon Go Plus pre-orders have outstripped supply with retailers such as Amazon and Gamestop selling out of their allotment of devices within an hour of them going live. So it looks like the very earliest you will be able to get your hands on the device is September if you have pre-ordered or if you are lucky enough to find one on the shelves before they all get snapped up.

How much will it cost?